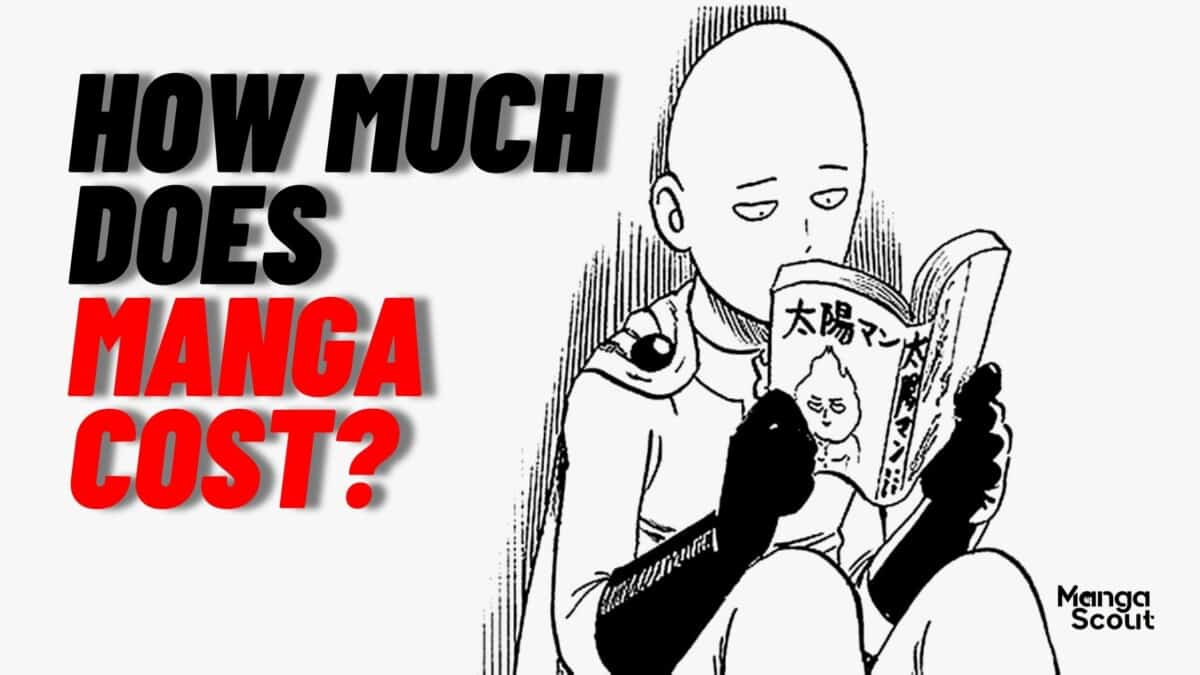 How much does a manga cost? One manga volume or tankobon costs an average of $12.

The price varies depending on the nation you are in, the manga you are buying, and the platform you purchased it.

A Berserk volume in America costs $15, which is more than a volume of Fairy Tail that costs $10.

A Bleach manga in America would be more expensive than in Japan. Also, manga from Amazon Japan would cost less than a manga from Book Depository. If you want to understand better why there are these levels of variations when it comes to the cost of manga, read on.

Now, let’s look at the price ranges of manga volumes in different countries. We chose these countries because they are the top consumers of manga in the world.

We need to consider that both China and Korea have publications that are like manga. For China, it’s called manhua. For Korea, manhwa. The production and marketing of manga in these nations are easier. Making the cost cheaper.

Still, manga in most of the other nations presented may seem pricey, if not outright expensive.

Why is Manga so Cheap in Japan?

Mangas are more popular in Japan, thereby producing higher sales. In effect, the price per manga is lower as the sales volume will make up for the costs.

Also, there are no translation or import fees in Japan, as the base material comes from there. All things considered, this leads to cheaper manga.

Why is Manga Expensive in other Countries?

Why is manga expensive in certain countries? Import or international license fees, publishing material, distribution, and translation fees. These charges add up to shouldered by the market that purchases the product.

Beyond this, economic factors are also considered. Manga readers are a niche market outside Japan. The publishing company will produce less volume. This increases the cost of printing per manga volume.

All manga’s made in Japan. The cost to ship products to other countries is expensive. These costs are then passed to the distributor and then to the customers.

To save money, consider buying a boxed set instead of buying per volume, as boxed sets typically come out 10-30% cheaper on sale. This Attack on Titan boxed set from Barnes and Noble. It includes six volumes, meaning that the price per volume in this boxed set is only $9.32.

Here is the price of an individual volume from the same set:

This comes out to a discount of over 15%.

How Much Does a Digital Manga Cost?

Digital manga costs $7 on average, depending on the publisher and the title. They usually go for 30% cheaper than their physical counterparts.

Here is the price comparison of a Demon Slayer volume in physical and digital form. The paperback goes for $9.99, while the digital version goes for $6.99. That is a 30% difference.

You can buy digital manga from the publisher. But you can also buy through other avenues, including:

The price of one manga volume varies. Depending on the publisher, title, and the platform through which you bought it. Yet, the most popular retailers have the best prices: Barnes and Noble and Amazon. Which one has the better prices:

For most manga, Amazon’s manga price is usually the same as that in Barnes and Noble. Consider this Jujutsu Kaisen volume on both platforms, as they both sell for $9.99:

That is where the similarities end.

Amazon conducts sales on manga. Previous manga releases are cheaper than if purchased through Barnes and Noble.

Barnes and Noble have physical stores while Amazon does not. Meaning minimal damage during shipping.

How much do you pay for manga? Where do you live?

Do you think that mangas are worth the price?

How Much Does Manga Cost? (The Top 10 Countries Anazyled)