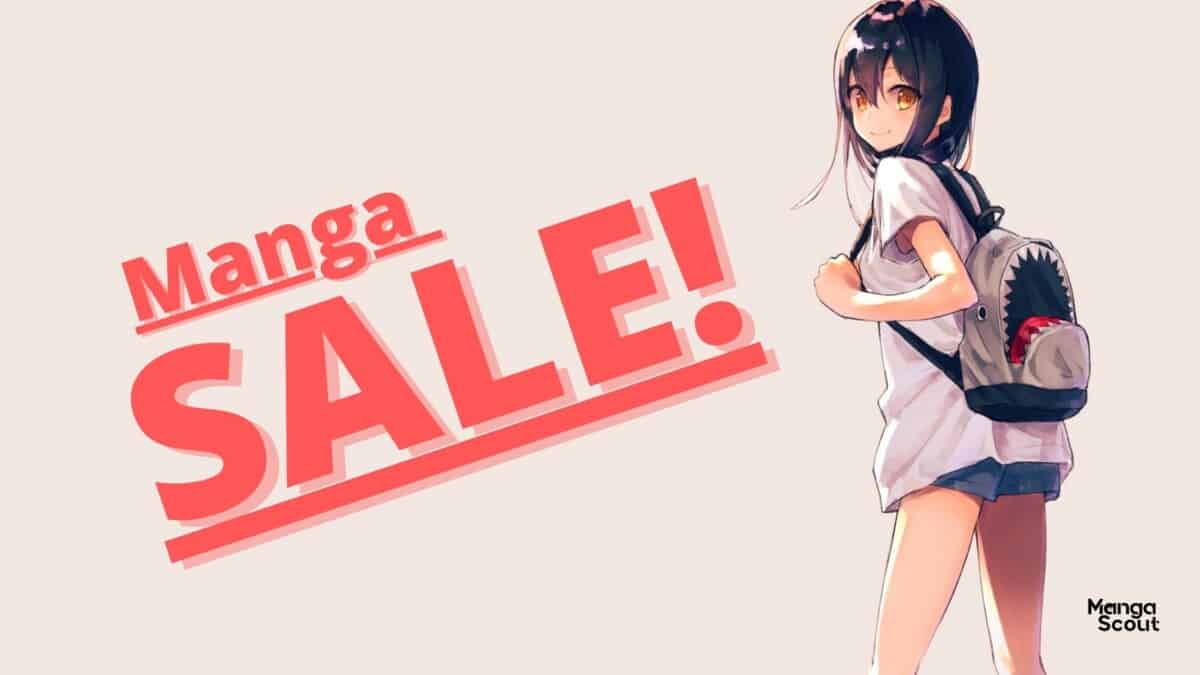 K.D.WilsonManga Explained, Uncategorizedamerica, manga saleNo Comments on When Does Manga Go On Sale?

Whether buying it at your local comic store or online, collecting manga isn’t the cheapest of hobbies to get into.

And why is that? Well, your local mom-and-pop comic shop or even larger stores like Barnes and Noble will have expenses incorporated into the individual volume prices.

When does manga go on sale? Manga goes on sale mainly during the holiday seasons for most stores and online. These include significant holidays like Christmas, as well as Black Friday. Additionally, special theme holidays like Halloween and even Valentine’s Day.

There are many opportunities to grab up your favorite series at just the right price.

In this article, we will list a few of these options to give you the best chance at saving money on your next manga.

Does Amazon Do any Manga Sales?

But not quite in the way you’d think.

This membership offers special discounts, free shipping, and even cashback in some instances. Not all items are available for Amazon Prime discounts. The ones that have a marked graphic indicating ‘prime’ availability.

You can also search for manga under their Manga Deals department. The only thing with this is that you are limited to online downloads only through Kindle or Amazon’s own ComiXology.

The prime day has become legendary amongst not only manga readers but everyone in the world. One day when the sales are so huge, most US amazon members buy something. This one-day Amazon goes on sale up to 45% on books. This includes manga. But you will need to be a prime member to take advantage of this huge discount.

Does Barnes and Noble Do Manga Sales?

Yes, Barnes and Noble do offer sales on manga. But it’s in a weird situation right now.

Unlike the indirect approach of Amazon, the company has a special day for manga sales called manga Mondays.

Manga Monday would feature the top five manga to buy and special discounts from different vendors and publishers, such as VIZ Media. Monday’s were something to look forward to for many manga collectors, with many opting to pay a monthly $25 fee to be a part of the Barnes and Noble family and get exclusive access to sales.

Time for the situation

However, in recent months, Barnes and Noble continue to display a “Manga Mondays is on Vacation” status on their online shop. The company has declined to answer many manga fans’ questions on social media about where Manga Monday’s has gone and if it will ever come back.

Some say the owner of Barnes and Noble is done competing with other online sites such as Amazon and Walmart and is looking for alternatives to promote business.

We will update this post with more information if the pause of the special day comes back.

When compared to prices available on Amazon, the difference is substantial. Here’s an example for the exact same volume 23 of One Punch Man:

Depending on what genre you are looking for, and if you want your manga in paperback (the cheaper way to go) or hardcopy, Amazon is certainly a great option for buying manga at comparatively low prices. It also offers a lot of different vendors which means you can find a deal as long as you take the time to search.

Does Manga go on Sale in Japan?

Being the central hub of all things manga, Japan is an absolute treasure trove of titles and Japan-exclusive manga editions.

Does manga go on sale in Japan? The short answer is yes

But just like Amazon, it happens in a way.

Where the “sale” comes in is when you can find these duplicate titles second-hand. The price for a used or second-hand manga can be as little as ¥100 equals $0.88, which is a massive saving from any perspective! And because Japan has such a bounty of manga, it’s easy to find the titles you want in excellent used condition.

Additionally, you have the opportunity to snatch up first editions of manga in Japan better than anywhere else in the world. These can be exceptionally collectible and worth the price.

The further you are from Japan the higher the price for manga and less it will be able to go on sale.

For example, that volume of Your Lie in April that you’ve been searching for listed at $4.99 the US will end up being more once the shipping and import taxes are calculated. Every country has set tax amounts as well as special import fees for all goods brought into the country from outside.

Most online sites have a built-in import fee calculation in the total cost once you’ve completed your order, before processing your payment. This is handy but can be a bit of a surprise just as you are about to hit that “purchase” button.

You can get an idea of import costs by doing a bit of research first. Searching your government site for imports is a good place to start. You can also use tax and duty sites that offer free import calculators.

Many countries, like the UK, will also have exemptions for goods under a certain dollar amount.

They calculate this by using their country-specific item tax code, or HS Code, or the Harmonized System – a globally recognized categorization of imported goods for tax purposes. Each country calculates the itemized goods differently and the cost associated with importing them varies.

As an example, for the UK, for any goods being imported from the USA that are under £135.00, there is no import fee. This is fantastic news for you if you are looking for just a few single volumes of manga that don’t go over that amount.

The second thing to consider when shopping for manga online is the shipping cost and if the site you’re with ships to you.

If you are buying manga online from a site based in the US, and you live in a country like Serbia or Iraq, the site may not be able to ship to your country. This is because either the government customs regulations in your country or the cost of shipping the item itself is very expensive.

To make this a little easier, when you enter a site like Amazon.com, it registers your delivery address and incorporates that into what items are available to you.

It also adjusts your shipping rate to include any import fees and will alert you should your country not be able to have an item shipped.

Now it’s time to hear from you:

What is the best deal you ever found, and where?

When Does Manga Go On Sale?