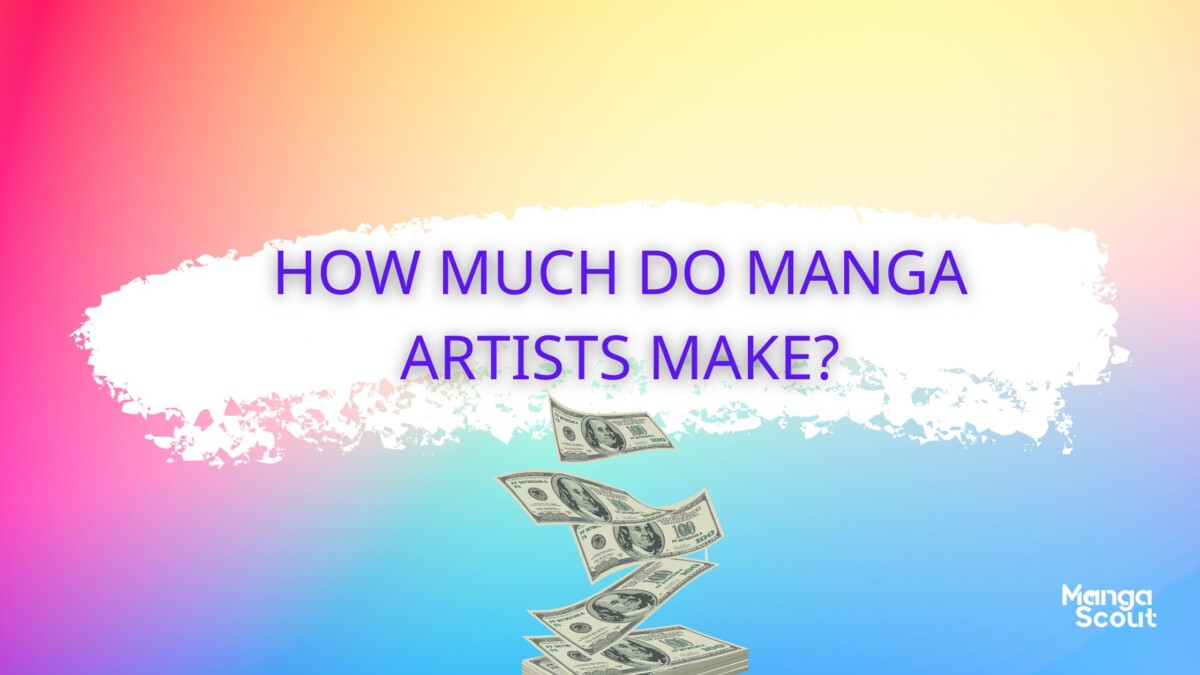 K.D.WilsonMangaka GuideNo Comments on How Much Does a Manga Artist Make? (Japan vs America)

Manga artists give us some of the most beautiful works of art we have ever seen. The extreme amount of time and effort they put into every panel does not go unrecognized. They deserve to be rewarded for all their hard work.

How much does an American manga artist make?

On average, an American manga artist makes $65,000 yearly. Still, this largely depends on what manga they’re working on and how established they are in the field.

Manga artists have a median salary of $21.56 per hour. That is according to the US Department of Labor’s Bureau of Labor statistics. If they work 8 hours a day, they would earn $172.48 daily and $862.4 weekly. That is, presuming that they work 5 days a week.

Meanwhile, the mean salary of manga artists in America is $25.52. We would see that there is a difference in the median salary. This implies that a small number of well-paid manga artists push up this statistic.

Then there are the manga artists in the 90th percentile, who earn $170 per hour. That amounts to $1,360 per day for 8 hours. This daily income is nearly as much as what a mean salary manga artist earns in a week.

According to Comparably, the highest salary for a manga artist in America is $339,998 annually. That would translate to an hourly salary of $177.

Here’s a table that could help you understand these ranges better:

Now, here’s a factor to consider: location. According to the Bureau of Labor Statistics, manga artist salaries vary per state or city. Those with the highest ranges are New Mexico, California, and Indiana.

How much does a manga artist make in Japan?

On average, a manga artist earns $30,000 to $60,000 every year in Japan. This depends on their position and contribution to the manga. Main manga artists earn the most.

This means that manga artists who work on weekly publications earn an average of $828.2 every week. This totals to a monthly salary of $3,312.

Meanwhile, manga artists who work on monthly publications earn an average of $1,656.4 every month.

It is worthy of note that many manga artists hire assistants out of their own pockets. This means that the base salary they get to take home will be further reduced.

Here’s a breakdown of a manga artist’s expected salary for easier viewing.

For manga artists that publish weekly:

For manga artists that publish monthly:

The percentages look like this. During the first run of a manga publication, a manga artist will typically receive 8-10% of all copies released. In the succeeding runs, only the number of volumes sold will be credited to them.

Now, let’s presume that the manga sells well and a second run is ordered. Even if 20,000 copies were printed, the manga artist will only receive royalties from the copies he sold.

This means that if he sold only 1,500 copies from the second run, he will only receive an additional $452.4.

Much of the money-making potential on this end then lies in the popularity of a certain manga.

First and foremost, the expected payment for an anime adaptation varies. How popular is the manga before it is adapted into an anime? How well do producers expect it to be? Is there a demand among the fanbase?

If the expectations are high, the manga artist will be able to negotiate higher fees. But we know that underrated and less popular gems get adaptations too. In such cases, the manga artists may not have the same leverage.

It is important to note here that the fees we’re talking about are licensing, not royalties. Manga artists rarely receive money from the box office. They only receive a flat licensing fee. Hence, they would earn more from manga sales than anime adaptations.

Here’s a table to help you visualize the potential profits:

However, it is rare to encounter anime adaptations that run for multiple anime seasons. Most of them are limited to just one season.

Following the same range for movies, licensing for a 90-minute anime movie would be around $5,000. That’s really not that much. Yet even then, the fees of live-action remakes are considerably lower. This means that there isn’t much to gain in terms of finances in that regard.

Do you think manga artists are paid enough? Why or why not?

How Much Does a Manga Artist Make? (Japan vs America)