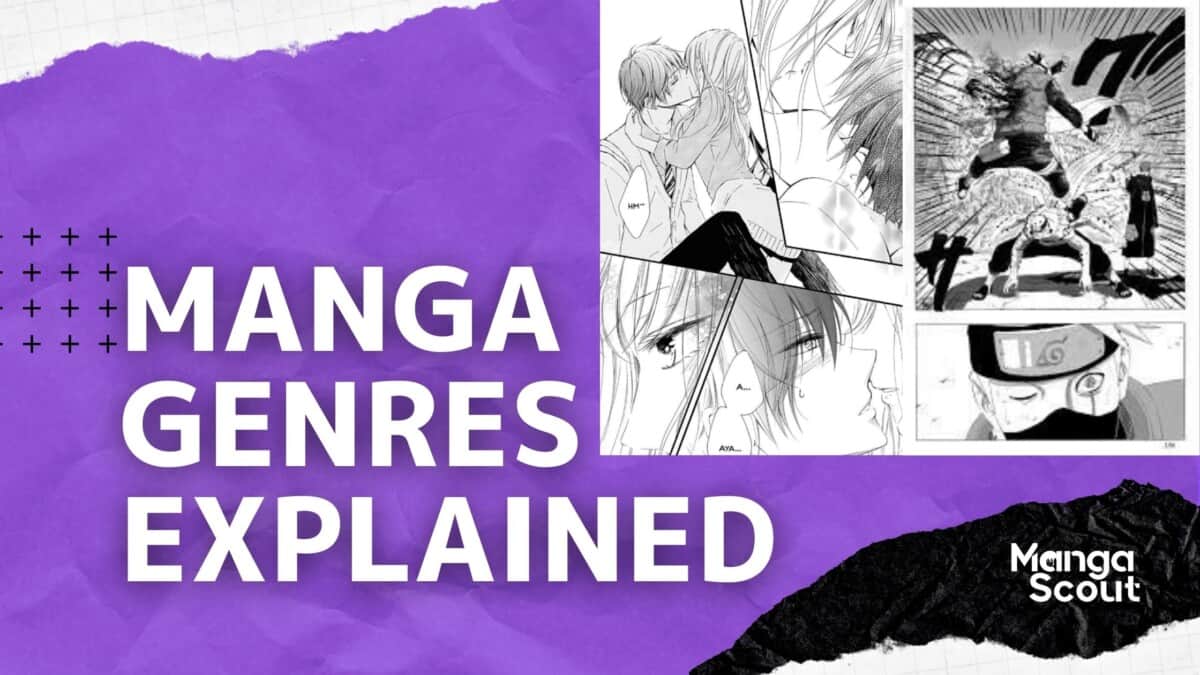 Identifying manga genres can be pretty tricky. There seems to be a plethora compared to English literature, and each primary genre continues to branch out in sub-genres.

In this post, I will help clear the confusion as we discuss the different manga genres. We will start by identifying the ten main manga genres unique to Japan, and then we will dig into three more genres that may seem odd, if not outright weird. 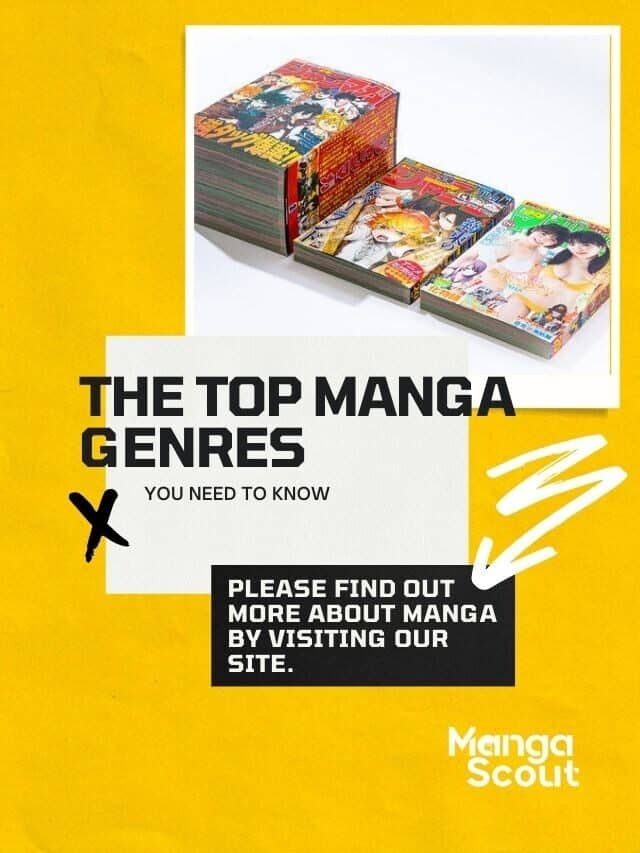 What is the shounen genre? Normally shounen has a main character who is arguably worse off than the entire group but special in some way. The character slowly fights against all odds to increase their ability to discover their hidden abilities becoming the best in the world.

The shounen genre is arguably the most famous genre of manga. It features stories that focus on action and adventure. Normally shounen has a main character who is arguably worse at tasks than a group of people and slowly they fight against all odds to increase their ability and end up being the best in the world. with a group of friends.

Who is the shounen genre for? It is intended for the young male demographic, ranging from pre-teens to eighteen. The word “shounen” itself translates to “young boy.”

Still, even adults and females read mangas under this genre. Being the most popular of all, It has a broad reach regardless of gender and age, and at least one of your favorite mangas is likely shounen.

What is the seinen genre? The seinen genre is considered as the older side of shounen Replicating real life with real consequences. It delves deeper into the humanity and development of characters and places emphasis on story depth.

Who is the seinen genre for? Seinen manga is marketed towards male viewers above eighteen. As such, its sub-genres can be deemed more mature than those of shounen.

What is the shoujo genre? The shoujo genre is considered the feminine counterpart of shounen. It is commonly centered around a female teenager and shows how her environment shapes her character.

Who is the shoujo genre for? It is intended for the young female demographic, with ages ranging from 10-18. The word “shoujo” directly translates to “young woman.” Understandably so, its sub-genres specifically cater to this demographic’s inclinations.

What is the josei genre? The josei genre is the adult version of shoujo. It still includes an inclination towards relationships and personal development, but the connections are considerably more serious, and the struggles involved touch on career, motherhood, and self-fulfillment.

Who is the josei genre for? Josei manga caters to the adult female demographic.

Who is the kodomo genre for? It is directed towards children aged ten years old and younger. However, the appeal of kodomo characters makes it enticing for readers of all ages.

What is the shounen-ai genre? Shounen-ai directly translates to “boys’ love” or BL. It depicts gay relationships between men.

Who is the shounen-ai genre for? Interestingly enough, shounen-ai mangas are written for women by women.

What is the yaoi genre? The yaoi genre is the adult version of shounen-ai. Although it also delves into the progression of a romantic relationship between men, it also spends a considerable amount of time graphically portraying more expressive parts of the relationship.

Who is the yaoi genre for? Yaoi caters to a predominantly female audience as it highlights the soft characteristics of men. Still, men are also known to read mangas under this genre.

What is the shoujo-ai genre? Shoujo-ai is translated as “girls’ love.” It portrays romantic, non-explicit lesbian relationships.

Who is the shoujo-ai genre for? Shoujo-ai largely caters to a female market. It contains similar elements to shoujo, except both characters in the central relationship, are girls.

What is the yuri genre? Yuri is the explicit version of shoujo-ai. It can also be viewed as the physical counterpart of shoujo-ai. It places less emphasis on character development and focuses on the more expressive parts of the relationship.

Who is the yuri genre for? Yuri mangas have been produced for both male and female audiences. For instance, Comic Yuri Hime prints yuri manga catering to females, while Comic Yuri Hime S targets the male demographic.

What is the ecchi genre? The ecchi genre encompasses manga that contains a lot of fan service. It is suggestive and has suggestive undertones, but it does not cross into the explicit territory.

Who is the ecchi genre for? Ecchi caters to teenage and adult males.

Now it’s time for the bonuses. These are genres that are forgotten but in Japan there growing.

Who is the ero-guro genre for? Ero-guro manga caters to a very specific niche with a certain kind of fetish.

Who is the magical girlfriend genre for? This genre caters to men with a fetish who have a particular ideal in mind. Both the fans and the critics of this genre agree that magical girlfriends generally contain traits of the Yamato Nadeshiko; that is, the ideal Japanese woman.

Now you might have seen a title on this list that looked like it might be better suited in a slightly different category. That’s because most manga can fit into two or even three genres. Pokemon fits as much in shonen as it does in kodomo. But This list was supposed to give you a general idea of how the manga industry sees genres different from the film and tv industry.

In Japan, genres and demographics blend together, so sometimes, it’s hard to determine the nuanced differences. I hope this post has helped shed light on those.

What is your favorite manga genre?

The 10 Manga Genres and 2 Weird Ones You Should Know