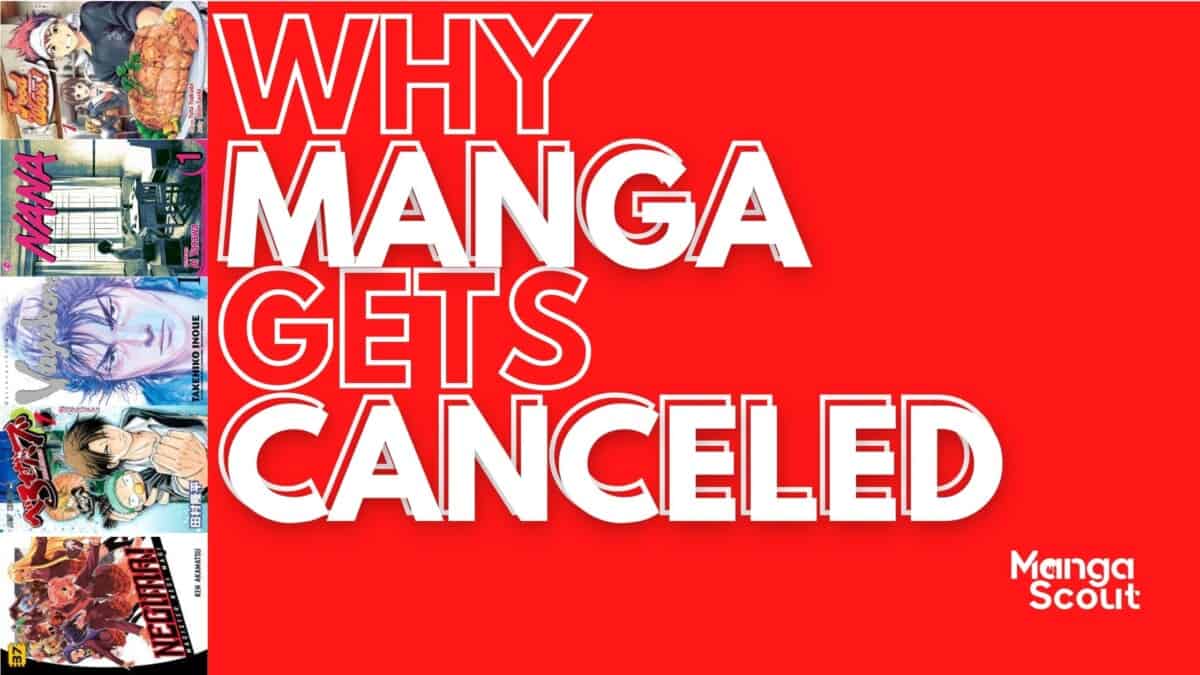 Was there ever a time in your life when you picked up a new manga, got into the story, and found out that it got canceled 70 chapters later? If yes, then you are not alone. Unfortunately, mangas get canceled all the time, and while some are given a few more chapters to wrap things up, others abruptly end in the middle of the story.

Although many of us would presume that the reason would be as simple as declining sales or a problem with publishing, there are many different reasons.

Let’s look at ten reasons why mangas get canceled. 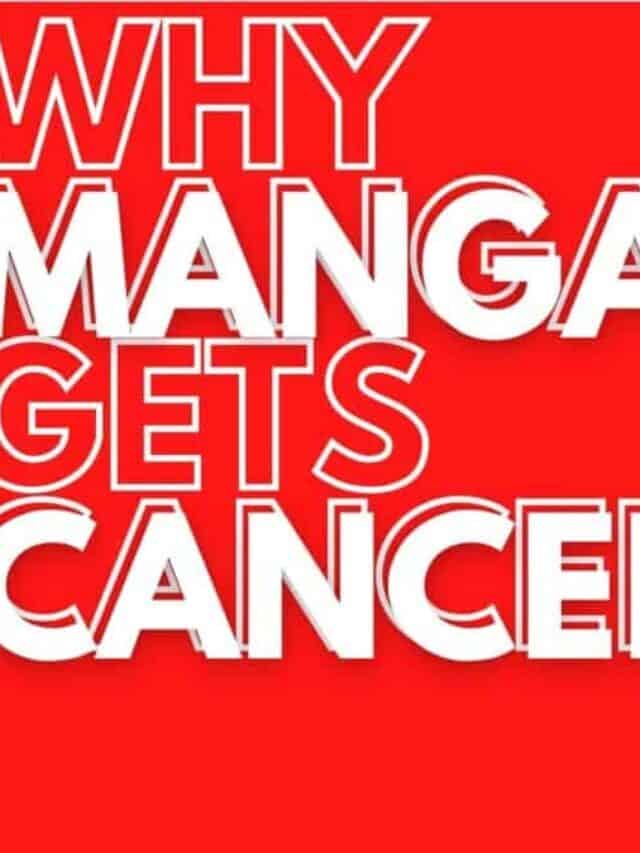 Why do manga get canceled?
By K.D.Wilson
View all stories

1.) Lack of Popularity in Japan

The most common reason for the cancellation of a manga is the lack of popularity.

No matter how good you may think a particular plot is, if the manga sales in Japan are not meeting expectations, then it is likely to get axed. This is especially true for new mangas. When the cost of producing and distributing a manga becomes greater than the profit it can bring in, common business sense would endorse its cancellation.

Although some fans would argue that publishers can give at least the manga time to pick up popularity, the company cannot rationalize time and resources on a manga that’s losing.

Barrage is a manga that Weekly Shonen Jump Magazine serialized in 2012. Many fans believed it would be safe from cancellation, with its beautiful art style and world-building potential.

Viz Media even picked it up for English translation just two weeks after its release.

However, the magazine revealed that it was at the bottom of the popularity ranking, leading to cancellation after 15 chapters.

Some mangas start strong, building enough of a fanbase to make people think that they are untouchable. Even mangas that are popular enough to be made into animes.

Still, a continuous decline in popularity is enough to lead to a cancellation. The bar is set higher for long-running mangas, as the money required for production and promotion is generally higher than for new mangas.

Beelzebub was a manga that was famous enough to be adapted into anime.

Fans supported both the manga and the show, and many were hopeful for its progress.

Then sales started to decline, which led Weekly Shounen Jump to decide on its cancellation. The mangaka was given time to finish the last arc, but it ended haphazardly.

Mangakas are extremely hard workers who do not get nearly enough credit. They work all day, all year, and some of them sleep a mere 3-5 hours a day to keep up with their deadlines. Extended periods with this routine would understandably lead to physical distress; as such, many mangakas end up canceling their beloved series because their bodies can no longer take the toil.

Bleach is a well-loved manga that faced abrupt cancellation in 2016, after 15 years of serialization.

Tite Kubo, the mangaka for bleach, had been struggling with his health for several years at that point. He was frequently hospitalized for overworking and work-related accidents, and it got to the point when he could no longer delay the decision.

4.) The Mangaka Passes Away

The story development of a manga lies in the hands of its creator. Understandably, when a mangaka passes away before finishing the manga, it ends up being axed.

This is perceived as more honorable in Japanese culture than having a different artist pick up the manga. While doing so would be possible with the consent of the deceased mangaka’s family, the mangaka’s work remains untarnished and true to the original vision if the manga is just canceled.

Itazura Na Kiss is a famous manga developed into an anime, a live-action movie, and a Taiwanese drama. But the mangaka was never able to finish the manga.

Kaoru Tada died in a horrific accident, as she hit her head on a marble table when she was moving into a new home. The story was only able to reach finality in the adaptations, where the scriptwriters provided the ending.

After battling pancreatic cancer, Kaya Haruka, the mangaka of the Misfit of Demon King Academy, passed away on July 6, 2021.

This promptly led to the cancellation of the series.

When you begin reading a new manga, you likely start with high hopes for the plot. Some titles will meet your expectations, while others will fall short.

When a story you have invested enough time in reflects no satisfactory development, you may end up dropping it. When a declining storyline translates to a decline in fan support, a manga gets canceled. Picture thousands of other readers feeling and doing the same thing.

Shokugeki no Soma is a familiar title to most, and many would attest to the entertainment value of its plot. However, the declining storyline led to a decline in sales. This has been cited as the reason why Shonen Jump canceled the manga.

After the Azami arc and Souma’s first year in school, it became apparent that the mangaka no longer knew where to take the story.

He decided that it would be best for all parties involved to wrap up the series.

Most mangakas are interested in getting their work serialized infamous manga anthologies like Shounen Jump and Shounen Magazine. This will ensure a wider exposure for their manga, which increases the possibility for success.

Mangas that have been serialized in less popular magazines have this issue. When their tankobons are released, few people go out and buy. Accordingly, the inability to rake in money leads to cancellation, regardless of magazine serialization.

Desordre was a manga serialized in Gekkan Morning, a less popular magazine. The sales of its first volume were so low that its mangaka, Talow Okanishi, went to Twitter to ask for help.

Because the title was foreign to many, even the traction brought in by the tweet failed to generate enough sales for the manga’s continuation.

When we look at the storylines of certain manga, we will realize that many plotlines and ideas seem to be reused. Because of this, we do not think much of plagiarism or intellectual copyright when applied to manga.

So we must become aware of the fact that some manga has been canceled because of plagiarism.

Isekai Tenseisha Koroshi’s villains were explicitly designed after characters from other popular series such as Re: Zero and Sword Art Online. This caused outrage among fans, and it was axed after a month of serialization.

They even look the same.

The manga industry is cut-throat and brutal, leading to many conflicts between a mangaka and a publishing company. When a mangaka especially refuses to compromise to cater to the publisher’s demands, manga is canceled.

Neguma, a well-loved manga, and its sudden ending caused outrage among fans.

The mangaka, Ken Akamatsu, fought a copyright law in Japan that allowed editors and publishers to receive automatic rights to a mangaka’s work.

This induced conflict with his publisher, Kodansha, and Ken decided to end his contract to protect his work.

As for manga readers, we would presume that mangakas are just as deeply invested in the story and characters as we are. While this is true for the most part, there are times when a mangaka will lose interest in continuing his work.

Takehiko Inoue, the mangaka of the famous Slam Dunk series, Takehiko wrote Vagabond, one of the most critically acclaimed and beautiful manga jidaigeki manga ever published.

He suddenly stopped writing chapters for Vagabond in 2015 and wrote his other manga entitled Real.

10.) A Hiatus that Never Ended

Some mangakas choose to take on a hiatus to recover and recuperate from years of working. While most of them go back from their break as planned, others end up dropping their manga mid-story.

Mangaka Ai Yazawa announced her hiatus from writing Nana in 2010. Many fans waited for her return, but she never got around to writing again.

Act-Age, a manga serialized in Shonen Jump, was axed after its mangaka was arrested for intruding on high school girls this was the reason for the manga cancellation. Following this, they also canceled talks for an anime adaptation and the planned stage play. This situation although rare does happen more often than people want to believe.

What canceled manga do you wish will be revived?

Why Manga Get Cancelled: 10 Heartbreaking Reasons

4 thoughts on “Why Manga Get Cancelled: 10 Heartbreaking Reasons”