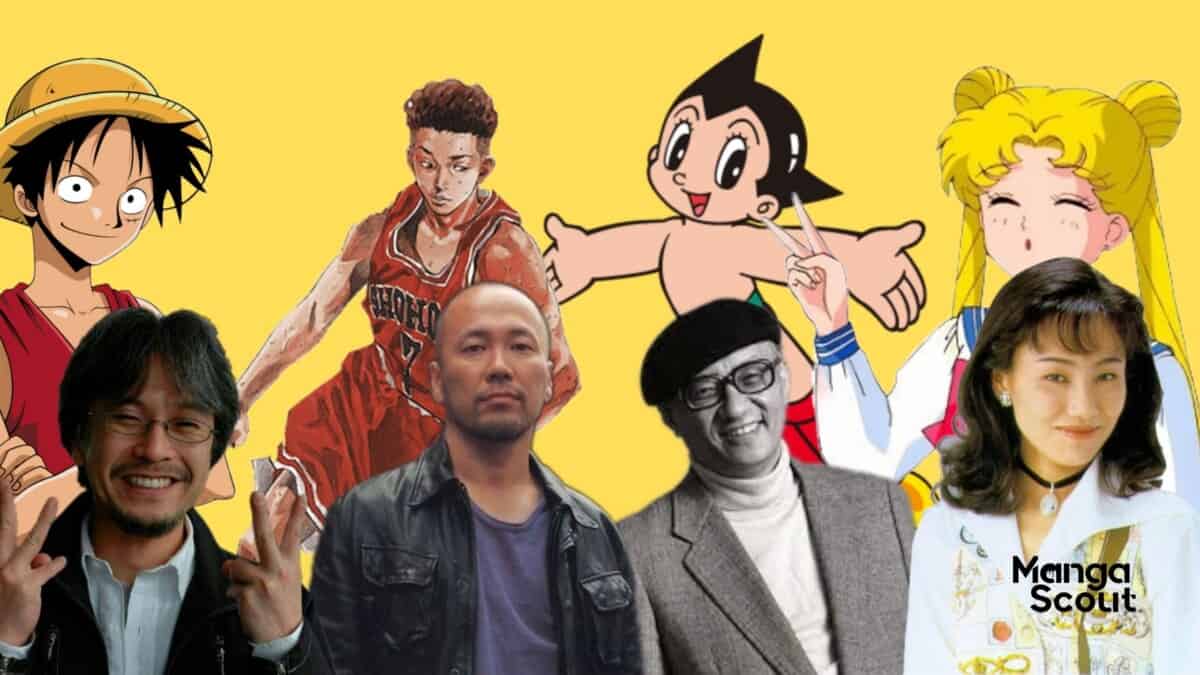 K.D.WilsonIndustry Help, Mangaka Guidemangaka, publishNo Comments on How Long Does It Take to Become a Mangaka?

Within the past decade, manga as an art form has gained international recognition. Concurrently, the appeal of becoming a mangaka becomes more enticing to artists all over the world. You may be here wondering how much time you would need to commit to becoming a mangaka yourself.

To get this number, I considered the data of ten of the top mangakas. You can refer to this table:

If we get the average number of years for these ten mangakas, we will get a mean of 8.4. Rounding it to the nearest whole number, we get 8 years.

Furthermore, we can observe that Hajime Isayama, Hiromu Arakawa, and Hirohiko Araki all took 8 years to become a mangaka. That is 30% of the top 10 mangakas, thereby validating the number above.

You may notice variations in the number of years, with some taking just four years to succeed while others took as much as eighteen years. To better understand these, let us get into the nuances and details behind the numbers:

Akira Toriyama is the mangaka for the well-loved Dragon Ball series. He initially started as a poster designer for an advertising agency. He then ventured into the manga industry after quitting his job. There, he honed his creative skills for three years. He first submitted his work to Weekly Shonen Jump in 1977, and a year later, his story entitled Wonder Island was published.

Hajime Isayama, the mangaka of Attack on Titan, knew that he always wanted to write stories. He started joining manga contests when he was in high school, at the age of 15, and he went on to enroll in a manga design course for college. Although he was recognized for his one-shot at the age of 20, it was only when he was 23 that he got Attack on Titan published in Bessatsu Shonen Magazine. In this case, Hajime took 8 years before he was able to become a full-fledged mangaka.

Naoko Takeuchi is best known for her success through Sailor Moon. When she was in high school, she joined manga clubs and knew that she inclined it, but it was not until she was 19 that she first ventured into the industry. She worked on one-shots for four years until she got her manga entitled “Love Call” serialized in Nakayoshi Magazine.

Hiromu Arakawa is responsible for the hit Fullmetal Alchemist. She started creating dojinshi manga with her friends at 18, but it took her 8 more years to get her first manga published in the Monthly Shonen Gangan magazine.

Eiichiro Oda is the best-selling mangaka, as One Piece managed to sell over 490 million tankobons worldwide. At the young age of 4, he had already decided to become a mangaka, but he waited until he was 17 to submit his work to manga contests. After winning several awards for his piece, he spent several years assisting other well-known mangakas such as Nobuhiro Watsuki.

His big break came when he was 22 when One Piece began serialization in Weekly Shonen Jump. In this case, he technically took 18 years preparing for his career.

Masashi Kishimoto took several tries before he was able to find success through Naruto. He went to art college at the age of 18 because he wanted to be a mangaka, but all he had were one-shots and failed pilots until he was 25.

Hirohiko Araki is known for the classic JoJo’s Bizarre Adventure, which has sold over 100 million tankobons in Japan alone. He began drawing manga when he was in high school, and he first submitted his work to a magazine at the age of 15. It was rejected and his subsequent entries, but he kept pushing through until he got his break at 23.

Osamu Tezuka is widely known as the Father of Manga and is considered the Japanese equivalent of Walt Disney. He wrote some of the most successful classics such as AstroBoy, Princess Knight and Kimba the White Lion, and Phoenix.

He deserved this success, seeing as how he started drawing manga at the young age of 7. He published his first work at the age of 17, which may sound young, but it is worth considering that it took him ten years to get there.

Kentaro Miura is acclaimed for his magnum opus, Berserk. He created his first manga when he was just ten years old, released in a school publication. He continued honing his skills throughout middle school, and he published his work in school booklets throughout high school.

He entered art college at the age of 19 and submitted several one-shots and failed prototypes to various magazines until Berserk was signed on to Monthly Animal House. He was already 23 at the time, meaning that it took him 13 years to succeed as a mangaka.

Takehiko is best known for Slam Dunk and Vagabond, two of the best-selling mangas in history. He enrolled in an art university at the age of 18, and he served as a manga assistant to Tsukasa Hojo, the mangaka of City Hunter, at the age of 20. He was 22 when he got his first serialization with Weekly Shonen Jump.

We see from these ten mangakas that it takes exceptional skill and grit to become a mangaka. But you may be wondering why the process is so difficult.

Why Does it Take so Long to Become a Mangaka?

It is not enough to be a great artist; you also have to be good at plot writing, world-building, and character development. Many aspiring mangakas take up art courses, which in itself would take years. This is why most successful mangakas start working on their skills early on in their lives.

Furthermore, the manga industry is incredibly competitive. Thousands of mangakas fight over very few publication slots. Many end up pitching multiple stories over several years before one of them finally gets picked up by a magazine.

Fastest ways of Becoming a Mangaka

When manga assistants show exceptional talent, they end up being given opportunities to become mangakas themselves. Depending on your skills, you can view job posts here or apply directly to manga editors and publishers.

Submit your manga to publishers

99% of mangakas get their start by directly submitting their manga to different publishers. All manga magazines take submissions, as they are constantly looking for new talent. For instructions and more information, you can refer to this post.

There are various ways to self-publish a manga. The traditional method is by creating a doujinshi and selling the copies in fairs such as Comiket. However, given technological updates, it is now possible to self-publish manga online.

Joining manga competitions are an excellent way to gain exposure. Even if you end up getting just an honorable mention, a door could be opened to you as long as an editor takes notice of your work.

The journey to becoming a mangaka can be lengthy and grueling. However, we can see from the lives of top mangakas that hard work will pay off in the end.

Is there a mangaka whom you look up to?

How Long Does It Take to Become a Mangaka?