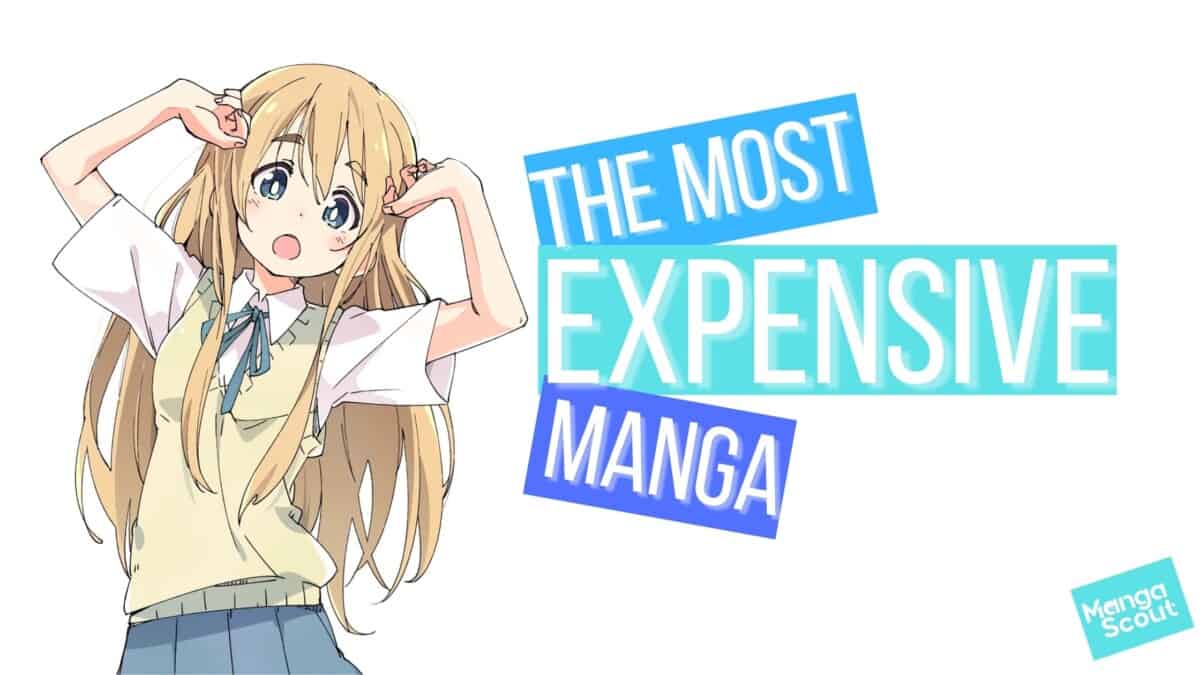 K.D.WilsonManga Explainedmanga8 Comments on The Most Expensive Manga You Can Buy

Collecting manga is an expensive hobby on the regular. Buying all the volumes in just one series can be pricey, especially if it’s long-running. But did you know that there are single-volume mangas that fetch prices up to the thousands?

In this article, we will talk about expensive manga and present what makes them so expensive.

What is the Most Expensive Manga?

The most expensive manga is One Piece Volume 1 shiny holo edition. The cheapest copy you could find is $2,000, and the price goes up to $4,999.99 depending on the condition.

The most expensive non-special edition manga is Phoenix by Osamu Tezuka. One volume costs $149.99.

Five Star Stories is the most expensive collective manga set. It is currently priced at $2,550 for all 26 volumes. That’s $98 for each volume.

Dokaben would be the most expensive series to collect. To complete this set, you have to purchase volumes individually. It has 205 volumes, and one volume costs $40. This totals $8,200.

10 Places you can Buy Expensive Manga?

eBay is a great place to look for expensive manga. Some of the most costly manga can be found on eBay. It’s a treasure cove for rare and collectible manga.

You have to double-check image and seller ratings to ensure that you’re getting what you paid for. For the most part, eBay buyer protection should make the transaction safe from scams.

Kinokuniya is a bookstore that has several branches all around the world. As such, you can either visit their website or take a look at their stocks in store.

It sells manga in both English and Japanese. This is why it’s a good place to check out limited edition prints and exclusive releases. It also keeps old titles in stock.

You can choose to get a membership with them, as it will give you a special discount of 10% for every purchase. This will come in handy if you’re purchasing expensive titles.

Amazon can be a hit or miss, but it’s something to consider if you want expensive manga. They have some old titles that you can still get for brand new. They also have plenty of boxed sets and omnibus.

Amazon competitively prices their regular manga, and they frequently go on sale. But their expensive manga can even be more expensive than the ones sold on other platforms. So it’s best that you first cross-check prices on other websites.

You can also look through Amazon Japan for rare and collectible Japanese releases. However, prepare to pay a hefty price for the manga and shipping.

Books-a-million has an entire tab for rare and collectible books. It also sells hard-to-find boxed sets and deluxe editions.

Rightstuf currently has over 12,000 manga titles. Ironically enough, their expensive manga sells for comparatively lower prices. For example, the Dragon Ball Z boxed set that sells for $219.99 can be had for $164.99 through Rightstuf.

Biblio is a website that sells a variety of collectible books. These include manga. This is an especially great site to look for expensive manga in different languages.

An example is this Initial D manga that has been printed in Chinese. The set of 32 volumes is currently being sold for $1,182.44.

Abebooks is a marketplace for used books, and it’s perfect for looking for manga that has gone out of print. Take the first volume of Secret Devil-chan as an example. You can’t find it anywhere else:

Alibris is another website that sells used, collectible manga. This first volume of Oyasumi Punpun is currently selling for $488.67 on their website:

Thriftbooks is yet another place to look for used manga. But unlike other sites, it also sells manga that has library binding. These are considered rare for manga collectors, and this makes them more expensive.

This used volume of Angelic Layer that has library binding is currently selling for $199.49:

The website may appear rather old, but Robert’s Anime Corner Store stays on top of the manga game. It’s a great place to look for good deals on expensive manga.

For example, they currently have all of the Berserk’s Deluxe Editions in stock. These are priced at $49.99 each, which is rather expensive for in-print manga. But the online store sells them for lower prices:

Collecting regular manga is already expensive. But as it is with any other art medium, some factors make certain manga even more expensive. Manga that is considered rare and desirable commands higher prices.

Out of print manga are those that the publisher is no longer producing. Old bestsellers such as Basara and Gantz have gone out of print. This is why their volumes are fetching high prices even in the second-hand market.

A single volume of Hellsing fetches as much as $80.

Limited edition manga fetches insanely high prices, and understandably so. For instance, limited editions of the certain manga were released in late 2003. This was to celebrate the launch of the Shonen Jump in North America.

Titles include One Piece, Yuyu Hakusho, Shaman King, Yu-Gi-Oh!, Dragon Ball, and Naruto. They were reprinted with holographic foil covers, and each had just 5,000 numbered copies.

The most expensive is the One Piece edition, but Naruto also sells for high prices:

Collector’s editions are more expensive, as the term itself would suggest. They are printed specifically for enthusiasts. Hence, they are distributed in hard cover and have superior page quality.

Sword Art Online released a Platinum Collector’s edition boxed set. It includes two hardcover omnibus that contains twenty volumes. It also has twenty exclusive color prints, which can be used as posters. If you’re a collector, it’s well worth the $200 price tag.

Manga that has gone out of print can still have anniversary releases. Hence, this is what publishers usually do with titles that have been loved through the years.

Examples: Akira recently released a boxed set for its 35th anniversary. This includes six hardcover volumes and a hardcover Akira Club art book. It even has an exclusive patch design. With such features, it’s considered a steal at its current price of $149.99.

Doraemon’s 50th-anniversary set includes 45 volumes. They all have hardcovers, and they include several bonus items. The entire set sells for $1,200.

How much are you willing to pay for manga? How expensive is too expensive?

The Most Expensive Manga You Can Buy

8 thoughts on “The Most Expensive Manga You Can Buy”