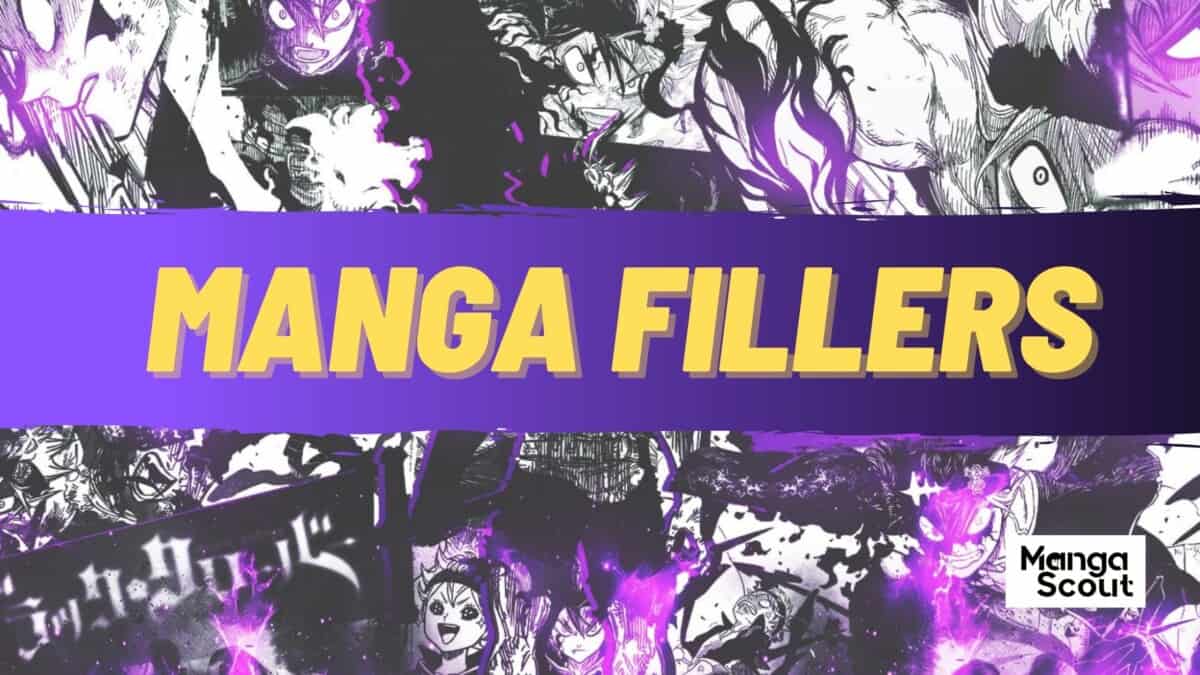 We will delve into the presence of filler chapters in manga and the faculties that make them become categorized as fillers in the first place. Let’s begin.

Does manga have fillers? Yes, a manga can have fillers. Anything that brings no plot development and directly affects the main story can be considered a filler. Filler chapters can be safely ignored, and there will be no loss of information to the reader.

This may come as a surprise to you. Since mangas are only published once a week or once a month, you may presume that mangakas would make sure to put out quality content each time. Fillers seem to go against this concept.

To better understand why mangakas do this, read on.

Does Manga have fillers?
By K.D.Wilson
View all stories

Why Does Manga Have Fillers?

Why have filler manga? Mangakas employ the use of filler chapters to make their deadlines or to meet contractual demands. This is especially true for those working on weekly mangas, as they have to release a new chapter within a shorter time frame.

Consider the schedule of Eiichiro Oda, the mangaka of One Piece. To keep up with the weekly release, this is his daily routine:

Monday to Wednesday is for character dialogue layout, Thursday to Saturday is for drawing and inking, and Sunday is for coloring, editing, and submission. He is so busy that he sleeps at his workplace, and his family comes over to visit him for a few hours every week.

Although he works with assistants, he is incredibly hands-on with his work. He only assigns his assistants to tasks like shading backgrounds and static objects; he does everything else. This shows us that he maintains a certain quality in his work.

Still, this does not exempt him from putting in fillers such as recap chapters when he feels considerably rushed by his deadlines.

Let’s dive into some other reasons:

When mangakas need to ponder what is next for their characters, they put fillers in to buy themselves more time. Mangakas are known to have pre-written filler chapters that they can interject after arcs have been wrapped up so that they can regroup and adequately plan out where to take the story.

Mangakas put in fillers so that they can extend the serialization of the story. This primarily works for mangas with a loyal following since the readers will read the releases regardless of the plot.

The reasons for unnecessary plot extensions vary across the board. Some mangakas do it to meet contractual agreements, while others want to preserve their guaranteed source of income for as long as they can.

A notorious example of this is Nisekoi. While it has a solid fan base, it is quite well-known in the manga world for its dragging, unnecessary plot extensions. Looking at the data, you will realize that the manga would be significantly shorter if it were condensed to keep within the major developments.

Here is a table of Nisekoi chapters, with an indication of which chapters are fillers (promptly termed as skippable):

A single upgrade filler is a chapter that introduces a new power, an updated costume, or improved machinery. It is usually used in seinen and fantasy mangas and has no significant impact on the plot.

As the name implies, a single upgrade filler can be skipped, as it will boil down to the idea that something got an upgrade. Nonetheless, it contains a bit more substance as compared to other filler chapters.

How Many Fillers are Normally in Manga?

How many fillers are in your average manga? On average, there is one filler chapter for every one or two manga volumes.

My Hero Academia currently has 32 volumes and 18 filler chapters. This falls well within the average range of one filler for every 1-2 volumes.

Granted, there are exceptional cases wherein a manga has little to no filler. Let us take Attack on Titan. It is well-loved among manga readers, as it contains very few filler chapters. It currently has 34 volumes with 139 chapters, but there have only been two fillers. That is one filler for every 17 volumes.

Let us take a look at further variations:

Omake means extra, and manga pertains to bonus chapters, author’s notes, and comedy sketches. Such fillers are usually shown in manga books, and they are meant to be thought of as fun supplements to the story.

⦁ One Punch Man includes many omake, and their inclusion in a volume commonly leads to multi-chapter extensions. Currently, the manga has a total of 183 chapters, and 34 of these are omake.

⦁ The tankobons of One Piece contain question-and-answer columns at the beginning of each volume and in between chapters. Eiichiro Oda calls the column “SBS,” He replies to fan mail or answers common questions. They run for several pages and usually makeup 5-7% of an entire manga volume.

⦁ In the manga volumes of Full Metal Alchemist, mangaka Hiromu Arakawa includes a series of comedic yonkoma panels at the end of every volume. Fans refer to them as author’s comics, and they take up 1-6 pages of the manga’s 190 pages.

Some mangas go as far as to have whole arcs be counted as fillers. These side stories add nothing to the plot.

The Soul Eater manga has 25 volumes, and the Excalibur arc that spanned a full volume had no practical effect on the overall story. Because of this, fans consider it as a filler arc. This part of the story exists entirely for comedic effect.

There are the filler arcs in Nisekoi. It has a total of 247 chapters, including 7 filler arcs / 70 filler chapters. This means that 28% of manga are made up of fillers.

How are Fillers Interjected in Manga?

Fillers are published as mangakas provide them to their editors. They are commonly released after an arc has finished, also between action-packed chapters. If so, then they are referred to as chapter breaks.

It is a different case when a manga is already released in a tankobon. Then, the fillers are commonly placed as extra chapters at the end of a volume. This is to avoid reading disruption.

For readers who follow the manga release weekly or monthly, the gap between releases gives them enough time to disengage from the story. Meanwhile, a tankobon is meant to establish the continuity of a manga. Hence, putting the filler chapters in between plot points would be jarring for the reader.

This is volume 23 of One Punch Man, as published in a tankobon. You can see here that the filler chapter is placed at the end of the arc.

Do you usually like or dislike manga fillers? Why?

Does Manga Have Fillers?